2022 CASPA Special Seminar I: Opportunities and Challenges of Power Semiconductors 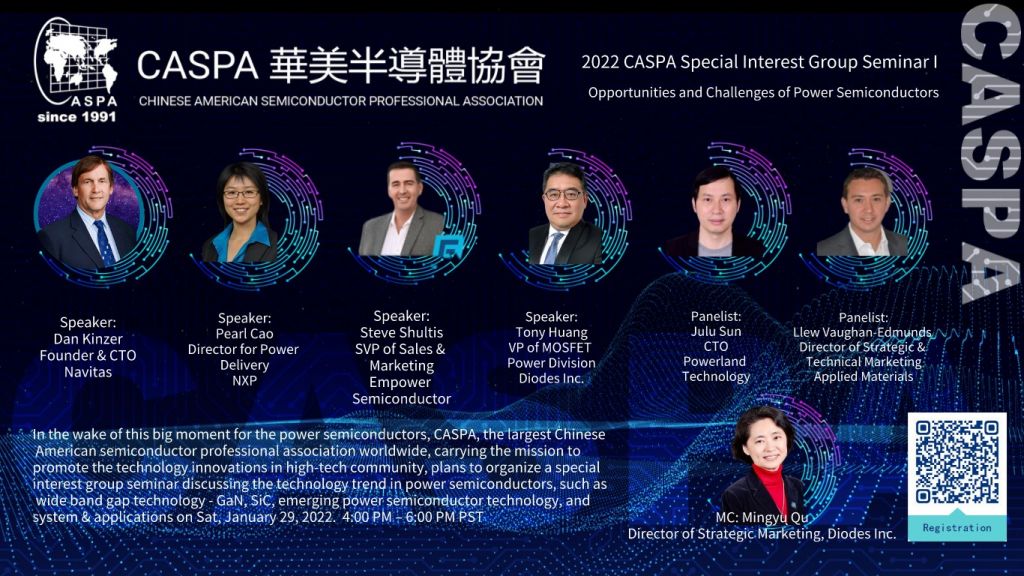 The power semiconductor market is rising thanks to emerging technologies from power devices to power management ICs. The adoption of power semiconductors is on a huge rise across the new market verticals like compact consumer electronics, 5G communication, Data Center, Automotive, especially fast growing Electric Vehicles, and more. 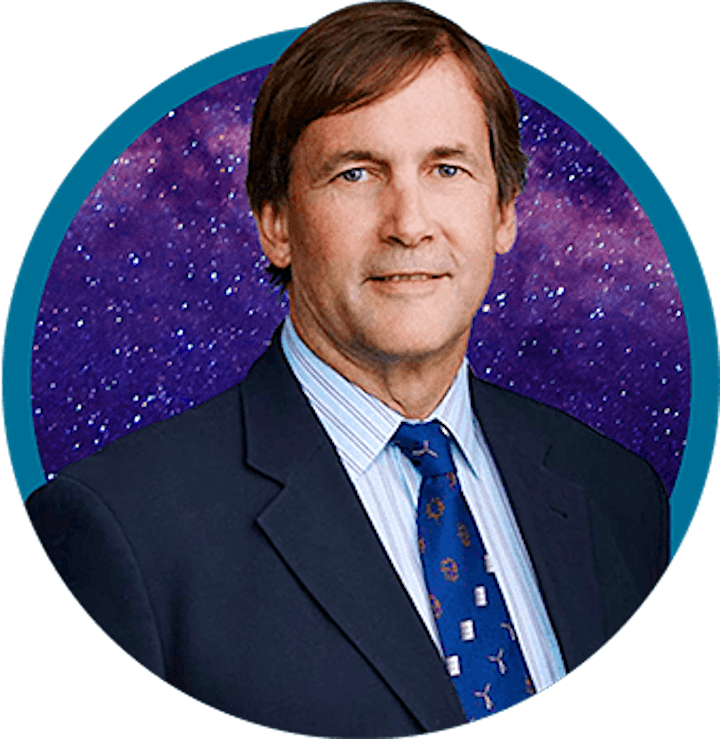 Before Co-founding Navitas, Dan served as VP R&D, VP Advanced Product Development, and Chief Technologist at International Rectifier (IR sold to Infineon for $3B), and SVP Product & Technology Development & CTO at Fairchild Semiconductor (Fairchild sold to onsemi for $2.4B).

In 2018, Dan was an inaugural inductee to the International Symposium on Power Semiconductor Devices and ICs (ISPSD) Hall of Fame.

Dan holds over 180 US patents, and a BSE degree in Engineering Physics from Princeton University. 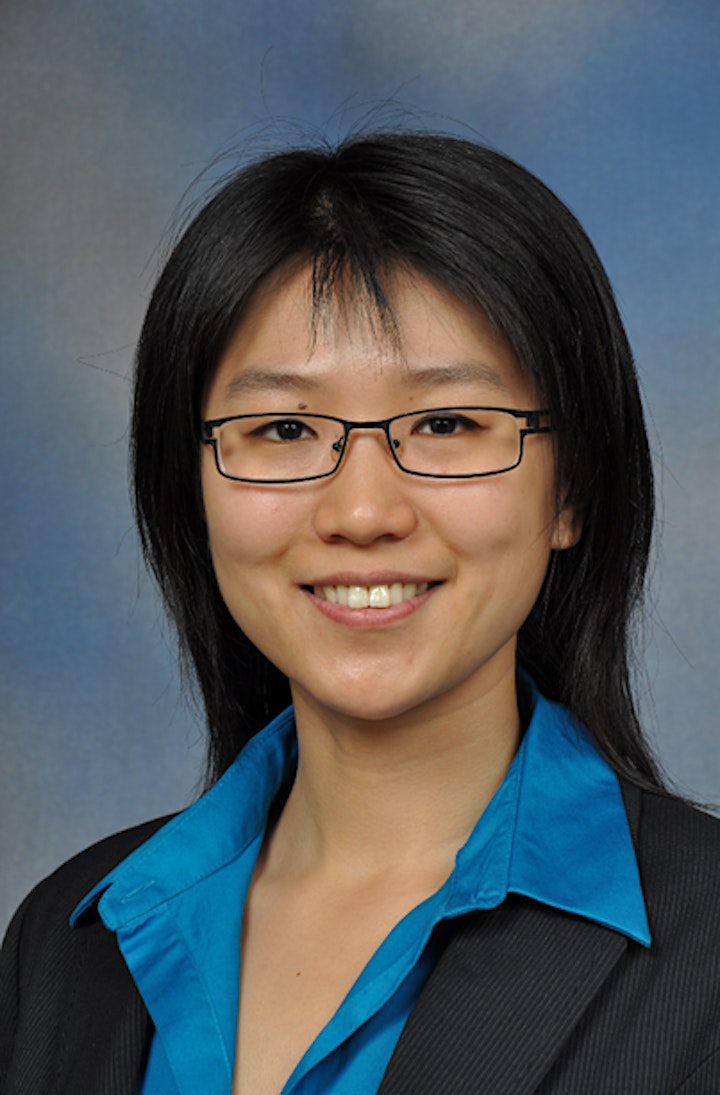 Pearl Cao is Director for Power Delivery at NXP, focusing on USB-C Power Delivery and Fast Charging business. She has 10+ years’ experience in business development and engineering management covering multiple power technologies, which include wired and wireless charging. Prior to joining NXP in 2021, she was Business Director at Texas Instruments.

Pearl enjoys volunteer work and loves giving back to the community. She is driven to promote an environment that encourages inclusion and diversity. She has been very involved in the Chinese Initiative and the Women’s Initiative. Now she serves on the board for non-profit organizations, such as The GEMS Camp to prepare young women for successful STEM studies and careers. Her personal mission is to “Inspire and empower the next generation of science and engineering female leaders through education, mentorship and supporting network”. 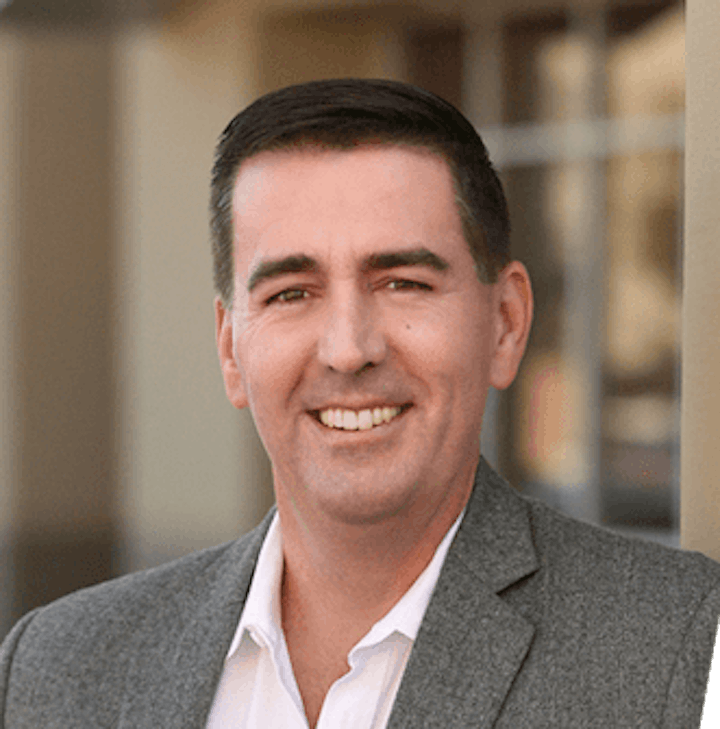 Steve Shultis has an outstanding track record of delivering results in both sales and business leadership positions over his more than 20 years in the semiconductor and electronics industries. His most recent roles included VP & GM at Foxconn Interconnect Technologies and Sr. Director of Marketing & Sales at Foxconn Optical Interconnect Technologies where he managed half a US$ billion in revenues. Steve has been recognized for his achievements in sales and marketing leadership roles at Avago Technologies, Lattice Semiconductor, and Future Electronics with extensive international experience in China, APAC, North America, and Europe. Steve holds a BSEE from the University of Nevada, Reno, and is a veteran of the United States Navy. 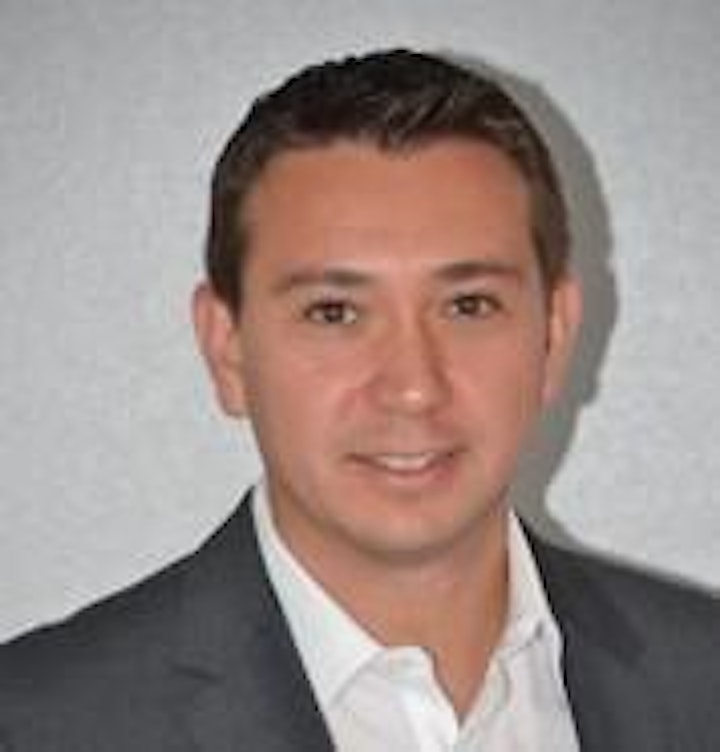 Llew Vaughan-Edmunds is Director of Strategic & Technical Marketing – Power Technologies, within the ICAPS Group at Applied Materials. He has over 20 years of power semiconductor experience at Infineon, International Rectifier, and ON Semiconductor. He has been responsible for various product lines including Gate Drivers, IGBTs, Diodes, and Wide Band Gap (SiC/GaN).

He holds an MBA from Chapman University, BS in Applied Electronics from Liverpool University, and a patent in GaN device technology. He is currently Chairman for PowerAmerica and an advisory board member for a GaN semiconductor device company. 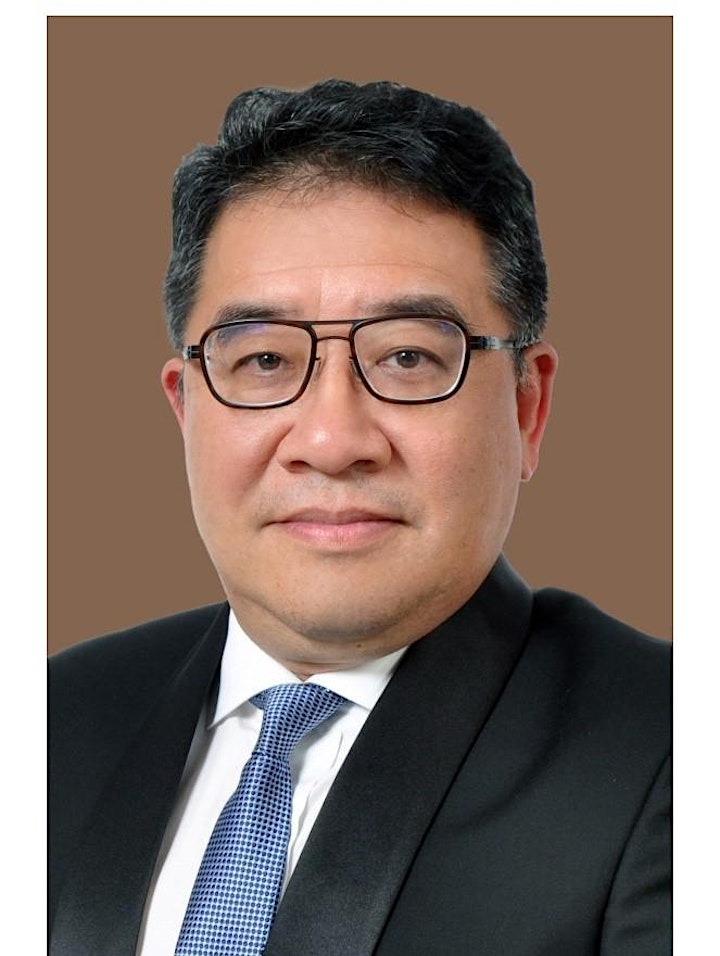 Dr. Tony Huang received BSEE in 1986 from National Chiao-Tong University (NCTU) and attended the Graduate School of the University of Texas at Arlington and received his PhD degree in 1995. Before joining Diodes in 2007, he worked at Texas Instruments and other companies for more than 10 years. Recently, he served as the VP of MOSFET Power Division within Diodes, Inc. During his 14 years tenure of MOSFET BU manager, he helped to grow the business consecutively to 18x from a Small-signal MOSFET supplier to Power MOSFET player for key Automotive and Consumer manufacturer. Dr. Huang is looking forward to expanding more resources on the wideband gap device development, such as GaN and SiC. 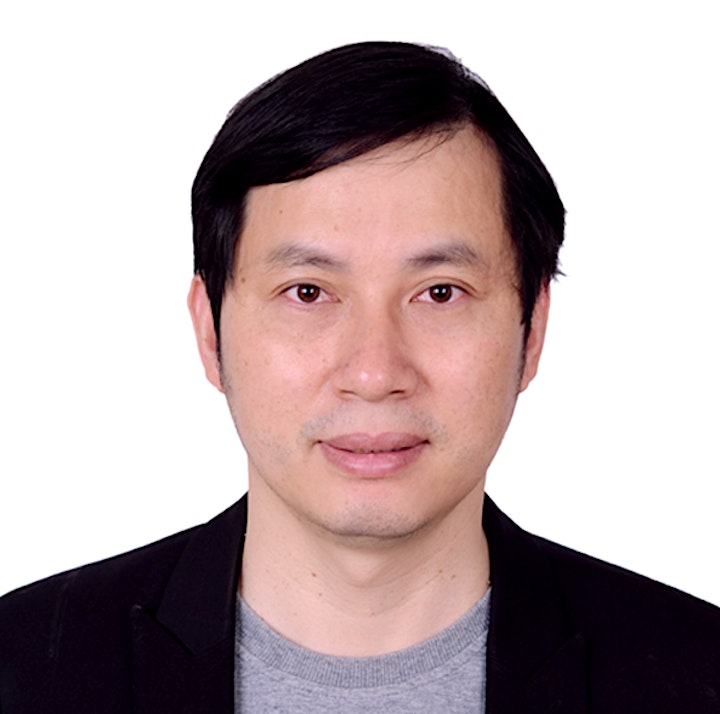 Dr. Julu Sun received the B.S. degree from Zhejiang University in 1996, M.S. degree from Tsinghua University in 2001 and Ph. D degree from Virginia Tech in 2008, all in electrical engineering. From 2001 to 2003, he worked at Beijing research center of Liteon electronics. Starting from 2009, he serves as CTO of Powerland Technology in Nanjing, China, He leads several high-efficiency and high power-density power conversion projects, and contributes to the development of server innovative power supply products. 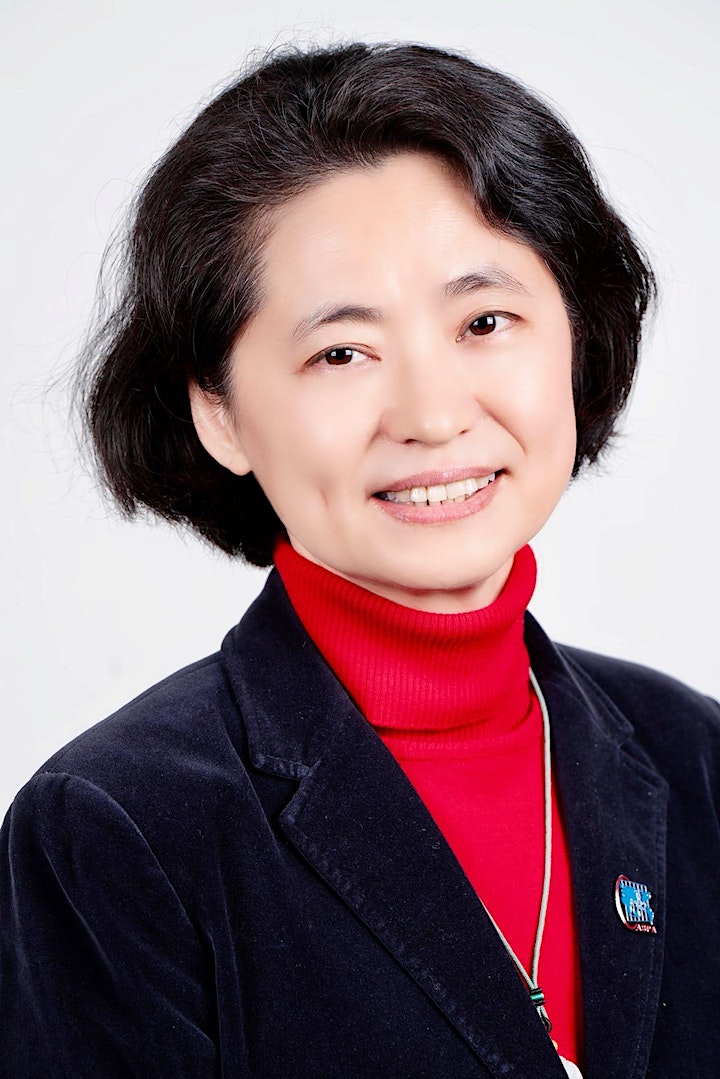 Mingyu Qu is Director of Strategic Marketing and Advanced Analog Business Unit, within the Analog Business Group at Diodes Incorporated. She has over 27 years of power electronics and power semiconductor experience at power system companies, STMicroelectronics, ON Semiconductor and Diodes Incorporated. She holds an MBA from UC Davis, BS in EE and served as secretary general for CASPA in 2022.